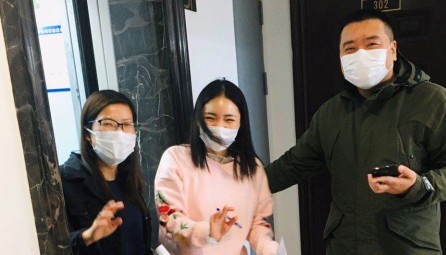 Note:  this was written to reflect my quarantine experience from March 11-24, 2020.  Since this time, of course, the world situation with the virus has become much more serious and my thoughts are with all the people and their family members affected by the virus itself.  We also owe all of our heroic health workers our full support and encouragement as they work daily on the frontlines against the virus. 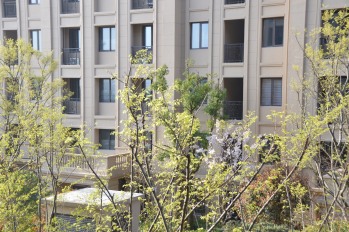 I began my quarantine with much trepidation.  We’ve all heard stories of what happens to prisoners in solitary confinement.  Was this going to happen to me?  As I look back however, the days quickly blended together into one with the exception of the first day, which always stands out.  After waking up, having breakfast and getting unpacked I was visited in the late morning by three friendly people from the local community who gave me an old-fashioned mercury thermometer with instructions (had trouble with this thing throughout), a sheet called “Tips for quarantine observation at home” and a third piece of paper called “Home isolation and disinfection precautions” along with a container with about 8 chlorine-bleach disinfectant tablets to dissolve in a litre of water.  This handout described 7-steps to keep my apartment clean and disinfected during the quarantine period.   They finally left me with three forms to provide to our government contact at the school.  Before they left, and knowing these would be my final visitors for a long time,  I asked for a picture of the three visitors to which they happily obliged. 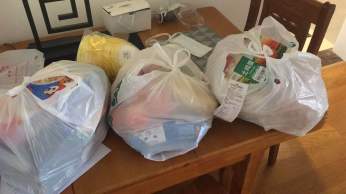 I received a text that the “vegetable was left on the shelf, please take it away quickly” and went downstairs to retrieve the order.  My Ding Dong grocery order was here in an amazing 24 minutes!! The afternoon was spent figuring out how to order food and completing the forms given to me by the visitors in the morning.   The food-ordering process is an app called “Ding Dong” which has a remarkably efficient layout and assortment of items that wasn’t too hard to figure out even in Chinese.  I ended up ordering 20 items for about $70 CAD (350 RMB) and after getting some help to enter my address (thanks Kirby and Snow!), I sent in the order and paid the money using another pay by phone app in China called Alipay.  I received a message that the delivery would be made between 15:00 and 15:30 and since it was 14:27 already, I assumed this would be the next day.  I was assured by one of my helpers that this would be happening TODAY and indeed received a call from the delivery person early at 14:51!    An amazing 24 minutes!  The Chinese internet system is amazingly efficient with these kinds of processes. Apparently it seems to be ok for me to go out of my apartment for specific reasons, but not out of the community itself.  Fair enough.  I wasn’t sure where the “shelf” was and didn’t get much help from the security guards, although did get some help from an English speaker named Ada who was eager to help this helpless foreigner.  She was also concerned about which country I had come from and if I had a fever and once I assured her I came from Canada (I love being from Canada in these situations) and that I didn’t have a fever she pointed out where the “shelf” was and I eagerly grabbed by three bags of food and household items.

Anyway, other than ordering an exercise bike and coffee on Baopals (English version of Taobao) that was pretty much my day.  I had three square meals and go some work done in between these other happenings so all in all, it was a productive first day of quarantine.  Only 13 more to go! 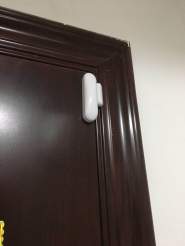 A door magnet kept track of when I opened my door. Apparently it was NOT ok that I went outside.  I checked with our school office staff and was told under no conditions was I to go outside at risk of having to start my quarantine countdown all over again.  A magnet was being installed on my door that would tell whoever it was tracking me that I had opened my door.  Opening the door to get deliveries or put out the garbage was ok, but I was NOT to go out. Each person on quarantine was monitored by the Community Quarantine Committee working under the authority of the local police department who report any concerns directly to the police.  Needless to say, that Day 1 venture was indeed the last time I went out of my building for the remaining time on quarantine.

Life quickly settled into a routine.  Wake up, make coffee, take my temperature, check out the we chats and messages that had come overnight from other parts of the world, and turn on CNN using a free internet site available in China amazingly to catch up on the days events.  It quickly became apparent that what was just starting to happen at home was escalating quickly and watched with everyone else as public events, travel, school, and even sports (gasp!) were quickly cancelled or postponed indefinitely.  My plans to watch the NCAA tournament and the beginning of baseball season while on my quarantine came crashing down as the sports-entertainment complex came to sudden and screeching halt.  Although I was in China, the former epicenter of all things virus, there was a palpable shift in focus and the feeling became apparent that China was now on the other side of the curve that the rest of the world was just now beginning to accept as reality. 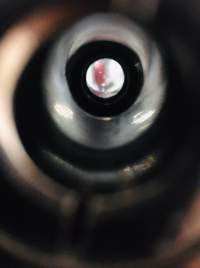 Ordering and prepping food became a major consumer of time and effort.  Since I wasn’t allowed to go out, the next problem was how to get food up to my apartment.  Delivery people are not allowed to individual apartments during this time, so the order was left on shelving at the front gate.  When I arrived, I had been contacted by a neighbor from the building next door, “Chris-t” was the English name he used on we chat (yes, with a “t” on the end) although it sounded to me more like that he pronounced it as Chris. For obvious reasons, I used the latter when addressing him.  In any event, “Chris-t” proved to be a tremendous help throughout the quarantine.  Any time I was receiving an order of some kind, I would call him and he would happily pick up my order and deliver it to my door.  I am not sure what I would have done without Chris-t. This is a keyhole view of Chris-t bringing up my groceries.

I was not able to accept visitors of course and had no contact with anyone until Day 12 when I was visited by the General Affairs director and a couple of members of the community committee to check that I was ok and had enough food.  I appreciated their visit but was glad something hadn’t go wrong say, on Day 3.  That would been a long time to wait for their help!

Other parts of my quarantine time were used for reading, taking and reporting my temperature twice a day, binging on Better Call Saul, catching up one the growth of the virus on CNN and other news channels, and getting work done.  Although students were not in school (and still aren’t by the time of publishing), there was plenty of work to do communicating with school staff and our teachers scattered all over the world.  Between meeting with teachers, our local admin team, and the other Principals all on Zoom (man Zoom must be doing well), this was sufficient social connection even though I was by myself.   I also connected with my amazing wife Judy twice a day which were the cornerstones of my day.  For the time being, this kind of virtual connection is what we have and am thankful for the human connection it brings.

Finally, after 14 days I was visited by a member of the community committee and a “doctor” to take my temperature and the officially let me know I was a free man.  It went by very quickly and went about as smoothly as one could hope for.

How to sum up my quarantine experience?  It didn’t suck! 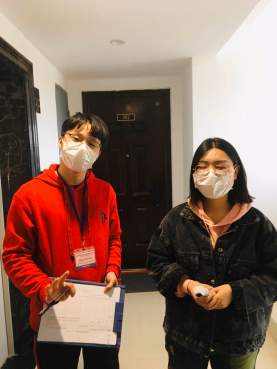 One thought on “A Quarantine in Shanghai”